Please consider – We often focus on being responsible and that is important. But equally critical is being ‘response able’ – Responding to surprising or unpleasant circumstances.
How do we respond? Measured? Angered? Thoughtful? We can’t control all events but our power lies in our response to them.

This newsletter is packed: A Cover Reveal for The Serenity Murder, a note on Resolutions, an article on Does Music Influence the Way Wine Tastes? and books that are on sale and free.

FYI, Vanished is in final stages of production as audio book.

BTW – Congrats to the 75 lucky winners of the The Final Enemy Audio giveaway. 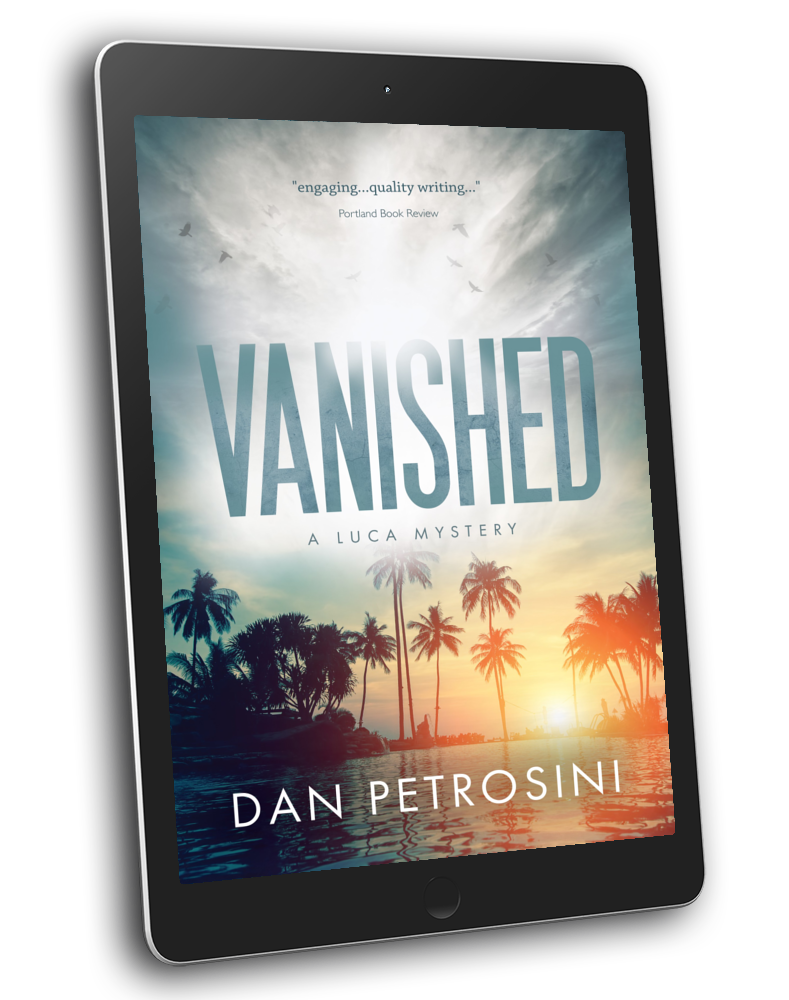 Obsession can be deadly!
Vanished is an unpredictable story about a man with a history of disappearing. When he vanishes again, the belief is he’s high tailed for good. Detective Luca, popularized in Am I the Killer?, leads the investigation.
VANISHED VIDEO TRAILER

Editorial Review snippets on Vanished –
“…a tale of intrigue and angst.. suspicions mount…what evolves proves to be bigger than one man’s fate and immerses characters and readers in a puzzle with unlimited possibilities. – California Book Watch

** Vanished is in production as an audio book. The narrator is an impressive NYC based actor.

The Serenity Murder – Book 3 in A Luca Mystery Series is back a 2nd time from the editor. There is one more go around with him then off to the proofreaders and beta readers. It’s about a murder on a private island off the coast of Florida. The victim found on Keewaydin Island, is a wealthy woman from a prominent family. Who did it? The husband? The lover? The jewelry thief? Or?

Here’s the cover for the 1st time! Thoughts??

Other Books by Dan
The Final Enemy

TRAILER FOR THE FINAL ENEMY
“In the face of a death-defying power, what’s the “new normal”? And why would any nation resist the powerful promises of Remedy? As events embrace a desperate attempt to use science to stem a tide that could obliterate humanity itself, Final Enemy becomes a gripping blend of thriller and science fiction and will prove hard to put down and satisfyingly surprising in its plot. – California Book Watch Learn more – The Final Enemy
———————————————————————————————-

TRAILER FOR AM I THE KILLER? 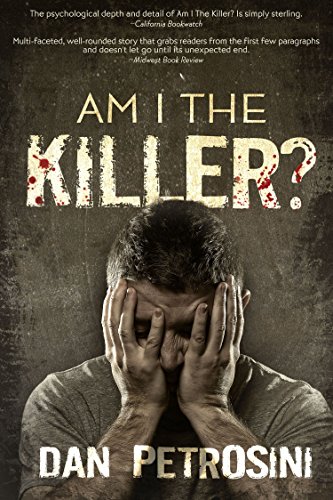 Am I the Killer? – Book 1 in the Luca Mystery Series
“10 Shades better than Law and Order”

Am I the Killer? Book 1 in Det. Luca series, is still in demand was recently back in the top 50 paid Crime Fictions on Amazon.

Well, it’s nearing the end of February already! How did you do with your New Year’s resolution? I hope you are sticking with whatever you decided to change.

World of Wine
Does Music Influence Our Perception of a Wine?

This is an fascinating question and combines two passions of mine. I became interested in it while reading a marketing piece that claimed the type of music being played while people browsed in a wine store influenced the wine they would buy.

The study, conducted in England, was straight forward – When a wine store played French music, French wines sold at a ratio of 5 to 1 and when German music was heard by shoppers, they heavily favored buying German wines.

I’m not familar with the wine buying habits in the U.K. and though I couldn’t see myself being subcounciously directed to a German wine, it caught my attention.

A Google of ‘pairing wine and music’ brought up a surprising number of hits. Was I missing something?

Looking further, I came upon some experiments where different types of music were played while people were drinking wine. It turned out the type of music did influence what people thought of the wine they were drinking:
When lively music was playing, drinkers decidely described the wine as lively, and when strong music was heard, the wine appeared powerful. In another segment, the music played was mellow and drinkers changed gears, describing their wine as mellow.

Surprising or not? Music is unqestionably a mood setter. It sets amosphere, makes you feel good or can even turn you off.

Sidenote – There are a couple of sommeliers who have curated playlists to enhance the wines they have paired with it.

It’s something to think and play around with.

Now, the trick is to find music that can turn a crummy wine around. Please let me know if you come across some magic.