Confidence of a Master 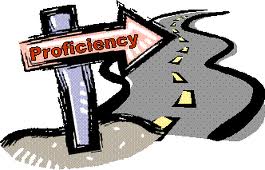 They seem so natural, acting effortlessly as they engage in their vocation.

How to get that level of Mastery?

I had heard of the rule of mastery, what it takes to become a master at something, an expert, a real pro!

A number of interesting studies have looked at this fasincating subject.  What becomes clear is these exceptional acheivers, ‘magically‘ acquired their talents thru a combo of opportunity and time.

In example after example every expert ‘practiced’ their craft for at least 10,000 hours, a marker virtually guaranteeing a level of expertise.

A so called geek, Bill Gates, ‘practised his nerdiness, ad nasuem, logging thousands of hours in front of a monitor, testing and tinkering.  He had the good fortune to go to college where the equipment was available and took full advantage of it, applying himself till he fell asleep on the keyboard!

Beatles – I thought they were overnight sensations but the fact was they did several months long stints in Hamburg strip clubs where the sets of music required them to play for 10 hours or more a day. Forced to play together for so many hours led to the honing of their craft and a cohesive unit of musicians.

Tiger Woods – Not a fan but his dedication, hitting gold balls from dawn to dusk shows what it takes to get to the top.

John Coltrane – The tales of his continual practicing, 12 -1 4 hours a day are legendary.  He would even practice even between sets on a gig!

What does this tell us?

That a single minded, obsessive like quality, combined with opportunity equals the promised land of expertise!

Here are two books that discuss the issue at

Outliers: The Story of Success by Malcolm Gladwell

& one by the famous neurologist Oliver Sacks http://www.oliversacks.com/books/musicophilia/