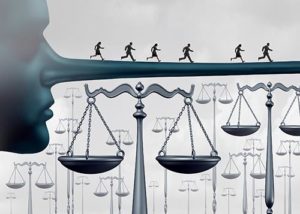 Perjury
I’m not a lawyer and this isn’t a legal document or advice. That said, an attorney I was speaking with mentioned someone perjuring themselves. The conversation and possibilities fascinated me. I did a but of research into it and was surprised but what I discovered.
What is perjury?
Historically, the criminal offense of perjury was defined as lying while testifying in court. However, it’s much broader, as it’s a crime in not only trials but also in other proceedings; grand juries, bail hearings, family court hearings, and depositions in civil suits.
Under Federal law, those convicted of perjury can be jailed for up to 5 years.
Interestingly, it’s also criminal to cause someone to commit perjury, known as suborning perjury. And if someone’s testimony leads to a conviction and execution, they can be charged with murder.
Arguably, truthful testimony is the most important part of our judicial system. Juries and judges rely on what witnesses say under oath to make their decisions. If we can’t trust what is said on the stand, how can we have faith in the system?
How prevalent is perjury?
It’s impossible to determine the exact percentage but legal experts estimate that perjury is committed in about 30 percent of American trials. That is shockingly high.
Contributing to the proliferation of lying under oath is the fact that perjury is rarely prosecuted.
In some cases, for example, involving rape or sexual-assault, prosecutors are hesitant to charge those suspected of making false accusations. They believe If victims of such crimes are prosecuted, there is a risk such crimes won’t be reported.
That seems reasonable but failing to hold people accountable for lying under oath, amounts to sabotaging the judicial system.
Note – The prevalence of perjury may shrink somewhat given social media and the documentation of our personal and professional lives, making it easier to pinpoint lying.
Would you lie on the stand to protect or damage someone?