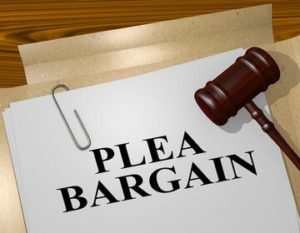 I’m not a lawyer but through the research I do writing crime fiction novels, I came across interesting subjects that I like to share. Here’s another one –

What are pleas? An answer to a charge made against someone. Essentially, what is your response to the claim you did X.

There are four kinds of pleas – Not Guilty, Guilty, Nolo Contendere (no contest) and Guilty by Reason of Insanity. Note – The plea of No Contest seems to mirror a guilty plea. However, the distinction is the defendant accepts conviction but does not admit guilt.

How often are pleas negotiated? The numbers are stunning; approximately 97 percent of Federal convictions and 94 percent of those at the State level are obtained through plea deals.

Why are pleas popular with prosecutors and defendants? – For someone charged with a crime, they may take a deal as the penalty agreed to is more lenient than they’d get in a trial. Prosecutors are generally driven by three things; the courts are overburdened with cases and the cost of a trial is high, they may not have as strong a case as they’d like to take before a jury and part of the plea may involve the defendant’s cooperation, allowing them to ensnare other potential criminals.

Though plea arrangements cases are cleared allowing the court system from being gridlocked, it is a touchy subject.

How do you feel about this widely used ‘tool’?  Would you agree to plead guilty or no contest to something you didn’t do?

We all say no but the risks you could be convicted and the costs to defend yourself may force you to think otherwise.