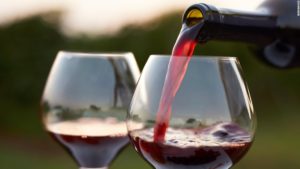 Just Who is Scoring Wines?

Wine scores are used by many consumers to determine what they buy, drink & collect.  Are the scores wines receive accurate? Inflated? No doubt that a wine’s taste is subjective and I recommend that you find a reviewer who has a similar palette to yours. That way when he or she likes a wine, chances are you will.  I personally have been ‘aligned’ with one or two critics while disagreeing with others.

Wineries spend a great deal of money and time getting wines in front of critics. But what are the odds of earning a high score from one of the “big four”? Here, a breakdown of the number of 95-plus ratings awarded by each publication, and the different ways they define top-rated wines.

ROBERT PARKER WINE ADVOCATE Created by Robert M. Parker, Jr. (who sold a majority stake in 2012 and remains a minority shareholder), Robert Parker Wine Advocate was once a solo act. Mr. Parker was the great popularizer of the 100-point system. While the publication’s scores are sometimes still called “Parker points,” its creator is no longer actively reviewing. The team tasted over 28,000 wines last year and rated 2,203, or 7%, between 95 and 100. Wines at these numbers are considered “extraordinary wines of profound and complex character.”

WINE SPECTATOR According to executive editor Thomas Matthews, this magazine is the most conservative when it comes to awarding big points.

Wine Spectator’s critics tasted some 16,000 wines last year and rated just 3% of them between 95 and 100. To earn such a grade, the wines should be both “classic” and “great.”

VINOUS Founded by former Robert Parker Wine Advocate star critic Antonio Galloni, the Vinous team now includes Stephen Tanzer, who ran his own newsletter, among others. They rated about 5% of 23,000 wines tasted in the last 12 months between 96 and 100, said Mr. Galloni. Wines in this range should be “exceptional—profound and moving wines.”

JAMESSUCKLING.COM Former Wine Spectator critic James Suckling founded his own Hong Kong-based company in 2010. He and his team tasted over 17,000 wines last year and rated just over 10% between 95 and 100. Wines in this range have to offer “more than fantastic quality,” said Mr. Suckling. “They have to bring emotion, talk to you and show you their beauty.”